Listed below are some stats on stalking.

One in 6 women (16.2%) in the United States have experienced stalking victimization at some point during their lifetime in which they felt very fearful or believed that they or someone close to them would be harmed or killed. (National Intimate Partner and Sexual Violence Survey(NIPSV), 2011)

According to the National Center for Victims of Crime, 1,006,970 women and 370,000 men are stalked annually in the United States

More than 13% of college women indicated that they had been stalked during one college year (Fisher, 2000).
Campus stalking incidents lasted an average of 60 days (Fisher, 2000).
The most common consequence of campus stalking was psychological effects. In over 15% of the incidents, victims reported that the stalker threatened harm. In over 10% of the incidents, they reported forced or attempted sexual contact (Ibid).
The “highest rates of stalking victimization”(Baum, Catalano, & Rand, 2009) occur in persons ages 18 to 19 and 20 to 24.
On college campuses, 3 in 10 college women report being injured emotionally or psychologically from being stalked (Fisher, 2000).

Are you a lady looking to feel more confident on defending yourself? Join our self-defense program where we’ll go over practical and effective techniques to keep you safe.  Sessions are taught by myself.  Limited spots available. 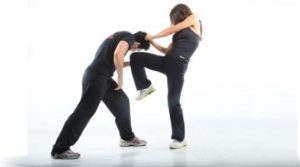